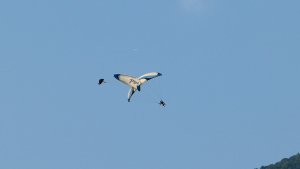 The Competition Season for this year is over now.

First Worldcup stop of this year was the Acromax competition in San Simione (IT). We competed in Synchro and Thomas also did the Solo Worldcup. It was really nice at this flying site and a really relaxing comp with no stress ;)

We did our best but because of a little misunderstanding of the new rules, we just made it to the 10th place after two runs and so we did not qualify for the final. In Solo Thomas did his best, but couldn't reach the top 15 to be in the final run. So he finnished 16th overall in San Simione.

The second and last Worldcup Stop was the Acrojam in Obertraun. Thomas competed in category solo. The skill level was really high but he did three really smooth runs with always nice groundspiral to raft landing and finished on the 10th place.
So the overall Worldcup result for him this year is the 11th place! :D

A few days after, we drove to Villneuve for the Sonchaux Acro Show. We have been invited to compete there in the first time Synchron Aerobatic Battle. The System was really nice and fun. In each run we got two cumpolsory maneuvers and the rest of the run was freestyle. There was no coefficient like in the APWC System, so we could perform really nice freestyle runs. After the first run, the teams had to fly against each other and the winner of the battle is in the next run. In the semi final run we lost against the SOL Acroteam just about 0,8 points and so we had no chance for the 1st or 2nd place and had to battle against the Swiss CAT Team for the 3rd and the 4th place. We won and so we secured our place on the podium and finished 3rd overall! :D 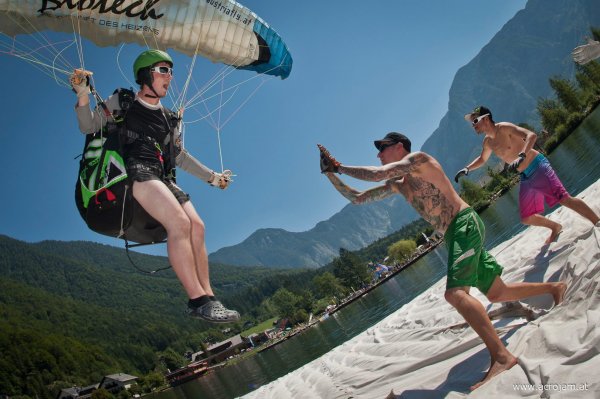 Our next and last stop for this year will be China. We have been invited this year again to te Beijing Airshow to defend our title from the last year ;)